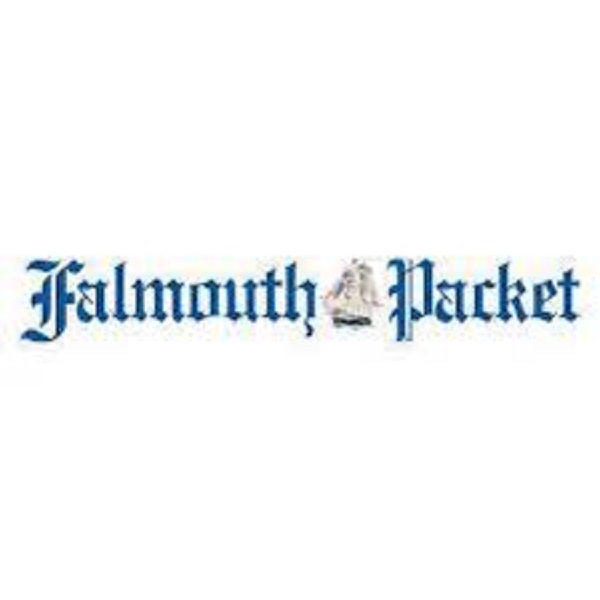 Falmouth Packet – Newspaper Coverage From 1993
23rd December 2018
25 years ago from the Falmouth Packet: Lions forced to move in ‘butty’ row

CRIME writer Janie Bolitho, who was brought up and educated in Falmouth, has sold her first detective novel to the United States. She hopes it will open up a vast new market for her work.

Janie, 43, a mother of two who began writing seriously after illness forced her to give up regular employment, made her literary breakthrough earlier this year when her detective novel, Kindness Can Kill, was published by London publishers Constable.

Now the book has been sold to New York publishers St Martin’s Press, who launch it throughout the States next month.

The American launch coincides with the British publication of her second crime novel, Ripe for Revenge, which will be issued by Constable in January.

A third book in the series – all featuring Chief Inspector Ian Roper – is due for publication next September.

“It has always been my dream to write –and when I was struck down by glandular fever, I decided it was now or never.”

Her hero, Roper, is an “amalgam” of characters she has known. But she attributes her knowledge of villains to her years in South London, where she became familiar with people in the former Kray territory.

“Villains fascinate me because they live such completely different lives to the average nine-to-five person. They see villainy as a job,” she said.

For all the Janie Bolitho Fans out there that have access to the newspaper archives online in Cornwall, we would greatly appreciate it if you would print out the articles in PDF and email them to me so I can use them in updating the author’s biography. Of course, more pictures would be greatly appreciated too.

For a listing of all the books, we are looking for in the Ian Roper series that we would love to see in eBook format, check out the Ian Roper page and start a petition with all of your bookstores and libraries in England!

Working on getting all of the books into my own library. Keep checking out AMAZON and get your own.